Celebrating the life of Mike Laney 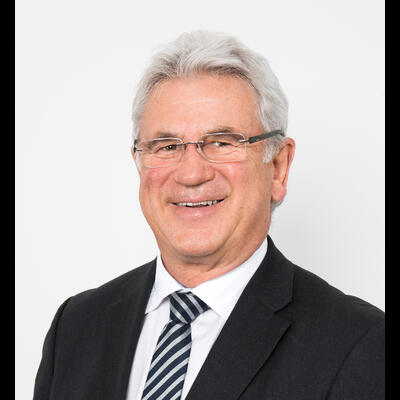 We were very sad to learn last week that our colleague and one of New Zealand’s most influential gynaecologists, Mike Laney, had died. Mike was about to retire from Oxford Women’s Health and we were preparing for his farewell. As part of these preparations, we had interviewed him and others about their reflections on Mike’s work over the past 47 years. The following article is the result of these interviews.

Retiring from his role as one of Canterbury’s few gynae-oncologists wasn’t easy for Mike Laney. He had spent more than 40 years loving the career he had chosen and making an immense difference in the lives of thousands of South Island women.

Despite having a large workload, firstly as an obstetrician and gynaecologist, and latterly as a gynae-oncologist, Mike was an innovator and greatly influential in improving services and surgical techniques to benefit women’s health.

Along with colleagues Mike East and John Doig he helped pioneer laparoscopic surgery in Canterbury; he set up Canterbury’s first gynae-oncology team; he and John Doig founded Christchurch’s first IVF clinic; he influenced the establishment of the current Christchurch Women’s Hospital; and he was one of the founders of Oxford Clinic – the forerunner to Forté Health and Oxford Women’s Health.

He said his career had been a great time to be a gynaecologist. “We went from doing small operations through big holes (open surgery) to big operations through small holes (laparoscopic surgery). We’ve started using robotic surgery – marvellous technology but I’m not sure whether it is the time yet.” He predicted the next advancement in gynae-oncology would be better chemotherapy. “I hope that 10-15 years from now, surgery for gynaecological cancers won’t be required so often.”

In his early years, Mike looked like he was heading for a sporting rather than medical career. He was captain of rugby and athletics at Waitaki Boys High School and said he only achieved moderately well academically. Described as ‘sharp as a tack’ by colleague Mike East, he did however gain entrance to Otago Medical School, while representing the University in rugby and rowing.

He graduated in 1972 and two years later passed his Diploma of Obstetrics at Auckland University. After spending four years as a Registrar in Obstetrics and Gynaecology, he went to England in 1978, to work at Oxford University’s John Radcliffe and Churchill Hospitals and sit the specialist MRCOG examination.

In 1981, he returned to Christchurch to work as a Consultant Obstetrician and Gynaecologist at Christchurch Women’s Hospital and set up his private practice in Bealey Avenue. He had brought back the ability to do laparoscopic gynaecological surgery from the UK, which he quickly began to pass on to his colleagues. He and long time friends, Mike East and John Doig, further developed these skills to do advanced laparoscopy for pelvic floor surgery and endometriosis resection.

This speciality eventually led to the three doctors working with gastroenterologists Richard Perry and Paul Fogarty, and businesswoman Sue Suckling, to start Oxford Clinic in 1996. Mike said, “One of the main reasons for the clinic was to provide laparoscopic surgery for endometriosis and we were the first group to do radical resections (of the disease locally).” He said, “The best of what we did was as a team – me, Mike East and John Doig. We encouraged each other to move forward and helped each other with new approaches to gynae surgery.” Mike East said that while the new clinic was far more costly than running their own rooms, ‘it increased the level of professionalism by several notches’. “When we started Oxford Clinic, it was quite a unique thing for New Zealand to have a surgeon owned and operated hospital. In other private hospitals, you were always lobbying to get the equipment you needed but at Oxford Clinic we had much more control over our environment. It triggered the opening of similar clinics in other parts of the country.”

Throughout his career Mike Laney had a special interest in gynae-oncology. Mike East said when Mike began working in the area, there were very few people focusing on it as a specialist area and “he excelled at it”. “In fact Mike had the reputation of being a surgeon’s surgeon,” he said. “He can be credited with setting up Canterbury District Health Board’s gynae-oncology service, which now covers the South Island, and has greatly improved the outcomes for women with gynaecological cancers.” Among the people he mentored were Christchurch Women’s Hospital gynae-oncologists Peter Sykes and Bryony Simcock.

Mike and John Doig were also the drivers behind Christchurch’s first IVF clinic.
In 1990, they went to then Minister of Health David Caygill asking for a clinic to be government funded. He told them that if they raised the money to establish the Unit, the government would provide ongoing funding. Mike said, “We had to raise $500,000 through picnics, concerts and other charity events. We found ways to make it happen and the IVF clinic opened in 1991.” The Clinic’s first fertility specialists were Gerald Duff, who has since died, and Pete Benny who has recently been appointed Medical Director at Genea Oxford Fertility.

Mike’s involvement with Christchurch Women’s Hospital continued from his first appointment to his retirement from work in the public system in 2018. He was Clinical Director at the Hospital from 1995 until 2006 and influential in the building of a dedicated women’s hospital next to Christchurch Hospital. One of the highlights of his career was being one of the first obstetricians in New Zealand to use prostaglandins to induce labour. “I had seen it being used in Oxford and brought it back with me.” Prostaglandins are now used routinely throughout New Zealand.

Geraldine Condon, who was Mike’s Personal Assistant for 20 years, said he was extremely methodical and very efficient in the way he managed his workload. “I liked working with him and had great respect for him. I think very fondly of him.”

Mike East said he was going to miss him greatly. “As a colleague he was always very supportive. If you ever called him for help he would always be there – no questions asked – be it someone to cover for you, do a big case with you or even just give advice. He would drop everything to help.”

In his retirement, Mike had hoped to enjoy his many hobbies, including classic motorcar racing, but most importantly he wanted to spend more time with his “lovely family” including his “three gorgeous daughters and five gorgeous grandchildren”.