Hysterectomy: Then and Now 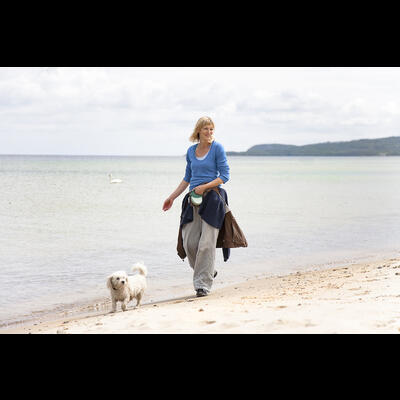 A hysterectomy, or removal of the womb, is one of the most commonly performed operations by gynaecologists - second only to Caesarean Sections.

It is used to treat a range of women's health conditions including heavy or painful periods, endometriosis, fibroids, cancer, and emergencies during childbirth.

Today these operations have a 99 per cent survival rate in developed countries. They are performed in sterile operating theatres with skilled doctors and nurses looking after the woman at every step of the way.

The history of the hysterectomy, however, illustrates just how far modern medicine has come in ensuring women no longer have to live with or have their lives cut short by relatively common health conditions.

Before the introduction of antisepsis procedures in theatres; effective anaesthetics; antibiotics; and blood transfusions, most women died on the operating table or soon after having a hysterectomy.Â  In the eighteenth and nineteenth centuries, the mortality rate was as high as 90 per cent.

There are records of women having hysterectomies as far back as 50 BC and according to the writings of an Arabic physician in the 11th century, they were frequently performed when the uterus had prolapsed or inverted. Women often had their bladder and ureter torn during the operation and rarely survived.

While there are various accounts of physicians performing them from about the sixteenth century, one of the first successful vaginal hysterectomies was self-performed in the early 17th century.  Faith Haworth, a 46 year old woman, was carrying a heavy load when her uterus prolapsed. Frustrated by how often this happened, she pulled it hard and cut it off. The bleeding soon stopped, according to the midwife who reported on it, and she lived for many years although with troublesome urinary incontinence.

Conrad Langenbeck of Gottinghem is credited with performing the first planned vaginal hysterectomy in 1813. His patient made a wonderfully uneventful recovery but his colleagues gave him little credit at the time. It wasn't until the woman died 26 years later and she had a post mortem that they understood what he had managed to do.

The first abdominal hysterectomy is believed to have been performed by American surgeon Ephraim McDowell in 1809, when he removed a 10.2kg ovarian tumour from 46- year old mother of five, Jane Todd Craford. The operation was performed on her kitchen table but had been carefully planned and Jane lived for more than another 30 years.

The development of laparoscopic hysterectomy in the 1990s has revolutionized the operation again, particularly for women who would have previously required an abdominal hysterectomy but can now have a less invasive vaginal one. The benefits of laparascopy for patients include less pain, and a shorter recovery time. Surgeons benefit from having a better picture of the operation site and being able to work with greater precision. Laparascopy is now the preferred method for most cases of benign gynaecological diseases requiring a hysterectomy.

The most recent development in hysterectomy has been the introduction of techniques involving surgical robots, which give a three dimensional view of the operation site and adjustable magnification that enables a much better view of the pelvis. The system was developed in the US as part of the development of telesurgery for wounded soldiers.

At present robotic surgery is not widely used in hysterectomies in New Zealand as the outcomes are similar to laparoscopy.  More randomised trials are also needed to demonstrate its effectiveness and safety.  If the evidence shows it is superior to conventional laparascopic and open surgery, the predictions are that it will have a major impact on gynaecological surgery.

Simon Jones is an Oxford Women's Health gynaecologist and expert in laparoscopic surgery. He operates throughout the South Island.